The Leader of Leeds City Council has reiterated the need for further flood defences across the city after a weekend when the Leeds Flood Alleviation Scheme was successfully put into action for the first time.

With heavy rainfall falling on already-saturated land, the trigger point was reached for the moveable weir at Knostrop to be lowered on Saturday for the first time since it was installed in 2017 as part of the £50million first phase of the Leeds Flood Alleviation Scheme. 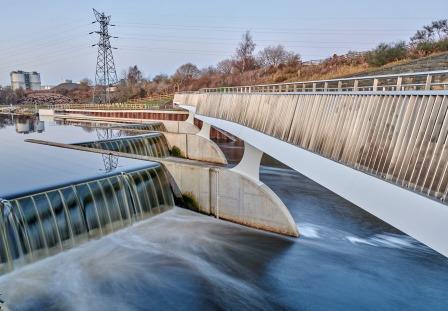 By lowering the weir, the on call Leeds Flood Alleviation Scheme incident team from Leeds City Council supported by the Environment Agency were able to control the flow of the River Aire in order to effectively protect city centre properties from the threat of flooding.

As river levels continued to rise, the team considered also activating the second weir at Crown Point, with the trigger level there coming within approximately 70mm of needing to be lowered, before the river level slowly stabilised as conditions improved.